Sue had said that if I arrived early I should sit in the garden, so I walked up to the small building next to the tennis courts in the cool of the evening. It was very peaceful. Not long after I arrived, Sue’s and Danny’s son William, who I’d not seen since he was very small, found me. Sue had just finished work, and after a warm greeting, she looked me up and down with a little laugh, and showed me where I’d stay and, most importantly, the shower.

Danny was lucky enough to be at Wimbledon. He’d gone into London for work reasons, tried his luck for a ticket at 11am and he was in by 2pm. Apparently unheard of in queuing for Wimbledon tickets! When he returned later that evening, we sat down to a shared supper of bread, cheeses, hummus and veggies, and fresh salad, and of course, tennis. Exactly right after walking and having breakfast bars all day!

Danny and Sue are family of dear friends, but we very rarely meet, more due to circumstance than anything else. 12 years ago, I photographed their wedding, and while I hadn’t exactly forgotten that, it was a surprise to see the pictures again. They were taken in the days of film, and I think I used 8 rolls of 36 in total. 288 photos! At the time, it seems an enormous number, but I edited more than 2000 photos for my most recent wedding shoot! How things have changed in 12 years!

After talking about possible plans, they offered to have me for a second night, which would allow me to explore the East and Southeast of the Island without worrying about where I’d end up that night.

I planned to walk from Eastchurch to Warden, through Leysdown, Shellness, through the marshes of the Swale National Nature Reserve, Harty, and back to Eastchurch.

I stopped in the Eastchurch Holiday Centre General Stores, in search of a cycle path marked off the main road. I couldn’t find it, but I did find a packet of Viscount biscuits that made me very happy. Any healthy reducing outcomes I might have imagined when I started planning for this walk had yet to be realised and, frankly, I like biscuits. Especially mint and chocolate biscuits, individually wrapped, which I reasoned were ideal for my particular situation. It would be awkward for a friend of mine, who can only eat biscuits in threes, as Viscounts come in packs of 8. What to do with the inevitable two? Fortunately for me, I have no such compulsion. They didn’t last the day, but then it turned out to be a long day.

I met Paul on the road to Warden, he was heading in the opposite direction. He was walking from Warden to his home at Shurland where he lives year round. Paul works nights on the mainland making car parts for Bentley. He gets a lift to his mum’s in Warden every morning to take his nephew to school. He does this because he has another baby nephew who had just been treated for leukemia. When I met paul, his baby nephew was doing well. When Paul’s nephew gets home from Great Ormond Street with his Mum, Paul’s morning school runs will come to an end. I wish I’d taken more than one photo of Paul, because the one I took doesn’t do him justice. He smiled a lot and was animated and friendly. In the way of the small world, there was a post on Instagram from one of my previous hosts, saying that his company molded the parts for Paul’s company. Connections showing how much we all share, especially locally.

I had been in touch with Jo, in Warden, for a few days through the Walk Swale Medway Facebook page, and arranged to let her know when I was heading into her part of Sheppey. I’d sent a massage and was looking for a way to walk by the sea, having cut through a holiday caravan park. As I reached the end of the road and the beginning of Warden Bay, I said hello to a man in his front garden. ‘Are you Hope?’ I told him I was – I had arrived, entirely accidentally, on Jo’s doorstep! Jo is working on her Foundation Degree in Art in London. She has always been a writer and did her first degree in English. We talked about the processes involved in both writing and making and agreed that they are very similar. I have always been happy to make art work on the understanding that I would have to revisit and revise, make changes, and adjust things, arriving at an outcome sometimes miles off the original conception. I had never though about writing as a similar process for myself. It was helpful to have this confirmed when I talked with Jo. She kindly offered a bed for the night, but as I had already settled with Danny and Sue, she instead walked with me through Leysdown and on to Muswell Manor, where I carried on toward Shellness. 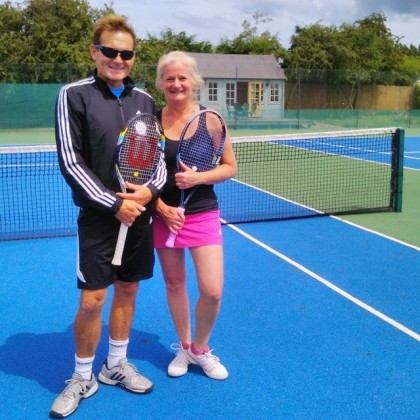 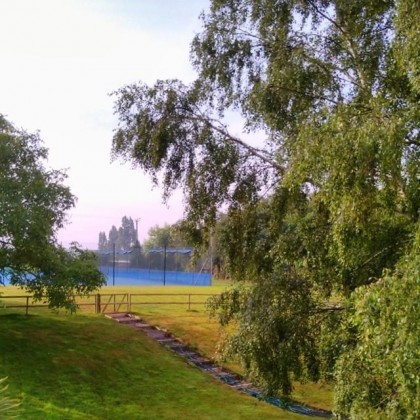 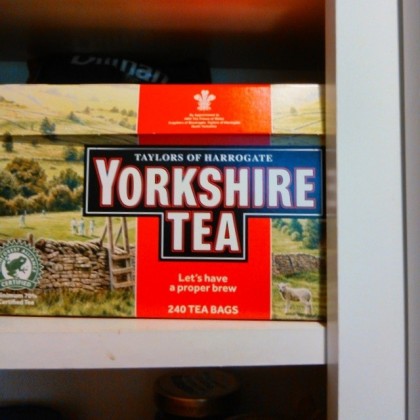 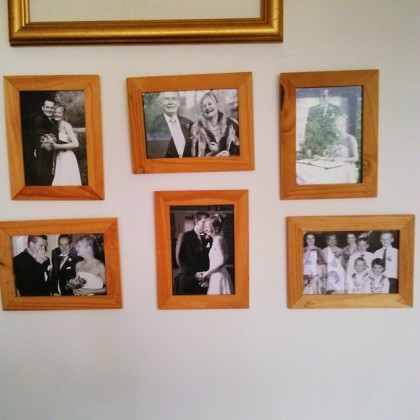 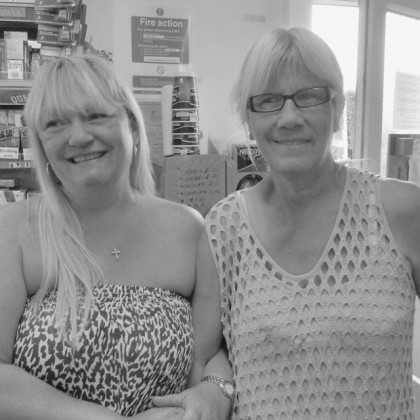 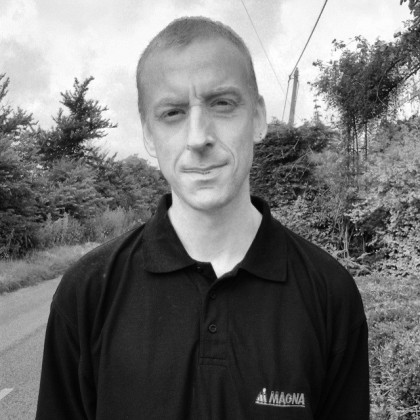 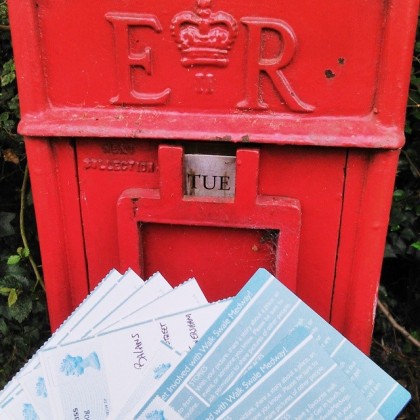 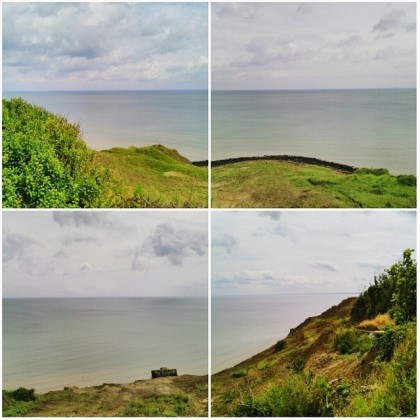 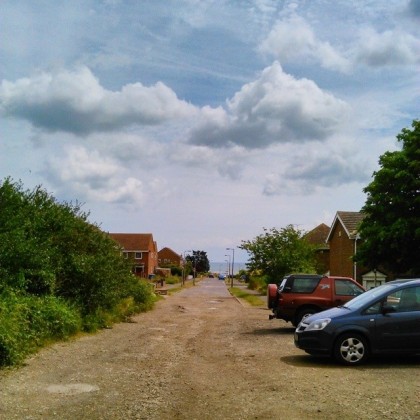 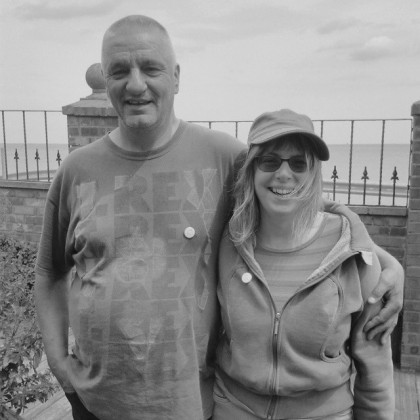 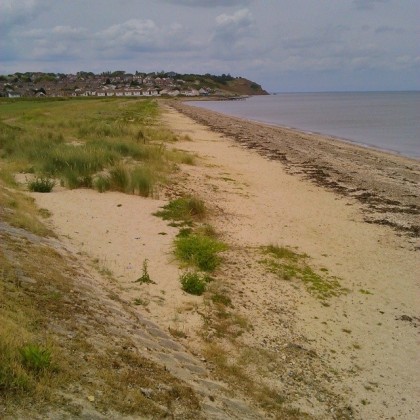 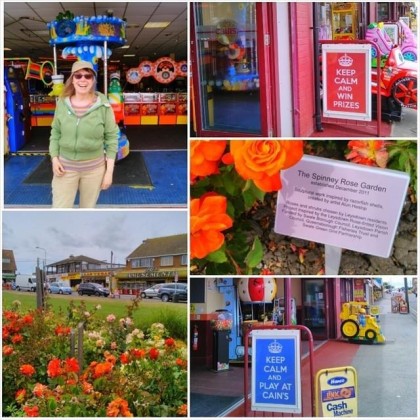 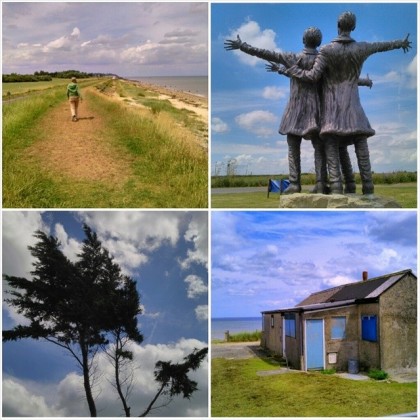 Danny and Sue, my obliging hosts for two nights

The view across Sue's and Danny's garden toward the tennis courts

Wedding photos I'd taken 12 years before

Paul, met on the Warden Rd, walking home after work

Warden Bay and the Pill Box on the beach

Looking for the sea at Warden

Looking toward Warden along the beach